Magician Adam Mada was commissioned by Col Crawford motors in Sydney, to reveal for the first time in Australia the all new BMW X5 for 2014.  The brief was to create a “STUNNING” fire effect revealing the BMW from the screen which played the X5 commercial.

The event was a top notch soiree with 400 special guests including the Honourable Madame Speaker of the House, Bronwyn Bishop and hosted by Tim Ross.

Stay tuned the entire effect was captured by Cinematographer Sidat De Silva, soon to be released. 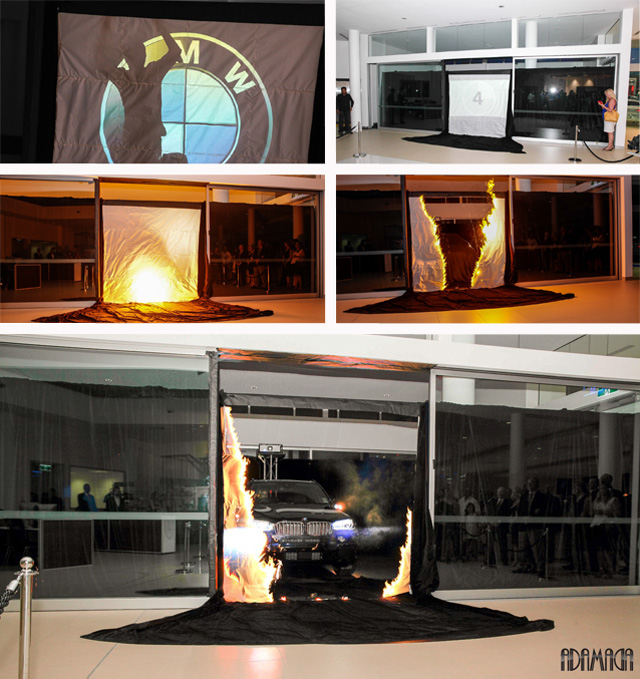