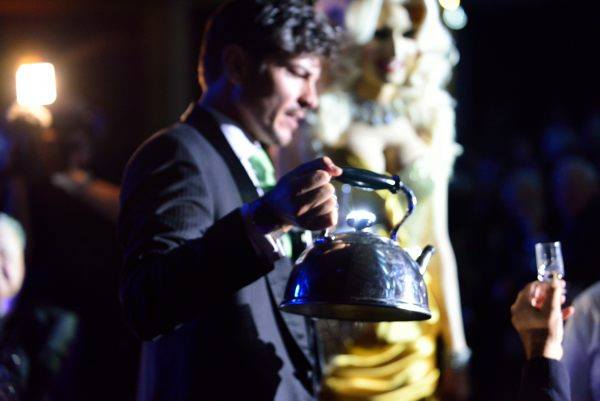 With the recent health news about Paul Daniels, this is my tribute to perhaps the greatest living magician on earth.

I’ve been obsessed with the classic and very elusive “any drink called for” type of effect for many years. I spent 5 years researching and developing my own Magic Teapot routine, which I’ve presented on national television in Australia, and featured in the BAND OF MAGICIANS NZ tour.

Many older magicians familiar with this effect would tell me about the Elusive magic kettle that Paul Daniels performed first back in 1979, however no one had any copies of the footage or could remember the routine.

I got in contact with Paul directly, who was indeed very charming and very happy to discuss and share his “work” on the famous magic kettle. Paul inspired and helped me out with my own routine, which I’ll forever be grateful for.

Here I present to you, with permission from Paul Daniels, the most incredible piece of magic I’ve ever come to witness. This taken from his BBC special in 1983, which is the second version of this effect, first presented in 1979, the year of my birth.

No Stooging or modern camera trickery was used in this routine.