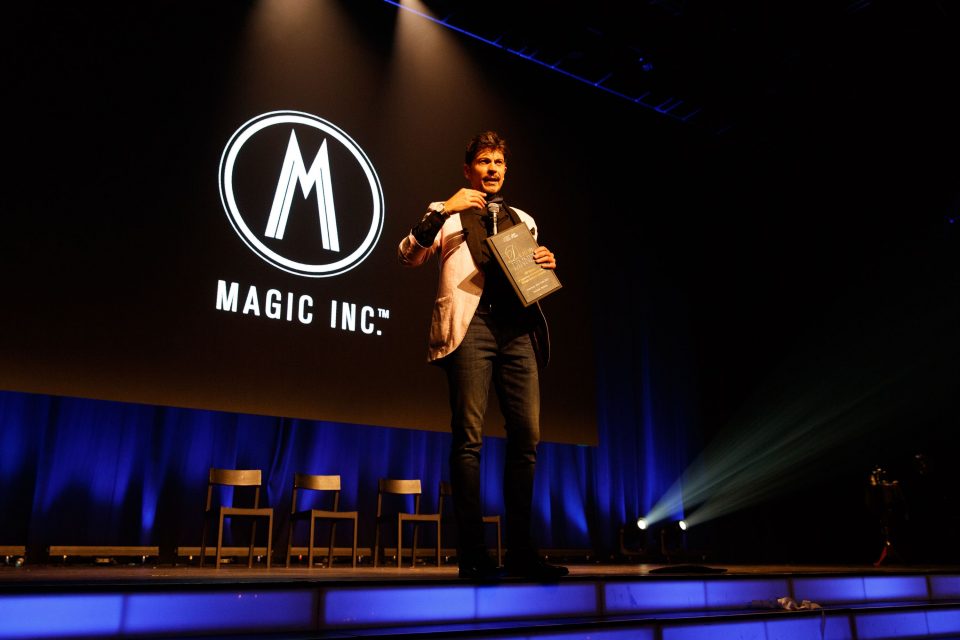 Written by: Danielle Meddemmen
Originally published by The University Of Canberra for Uncover

Ever wonder what gets you the top spot in the country coaching magic tricks and illusions for blockbuster stage shows like Harry Potter and the Cursed Child?

Well, University of Canberra alumni Adam Brindley didn’t either – until his hard work, determination and passion for entertainment, science and technology landed him a job doing just that.

Adam studied a Bachelor of Information Technology at the University of Canberra and could never have imagined his future would see him work as professional magician with his very own stage name – Adam Mada.

However, it was that very educational foundation that would help to keep him afloat when the entertainment industry took a major hit during the COVID-19 pandemic.

While Adam describes his UC days as “many lifetimes ago”, he holds fond memories of experimenting with his love for magic on the Bruce campus.

“I was always into magic and illusions, so I took my bag of tricks everywhere and I was always practising and annoying my mates at events in the UC bar or around campus,” he says.

“I remember friends of mine ran an event at the UC Refectory and I did an experimental magic show as a midnight performance.”

His passion continued as a hobby when he graduated from UC in 2001 and moved to the United Kingdom to work for a software company.

Continue to the full article…….