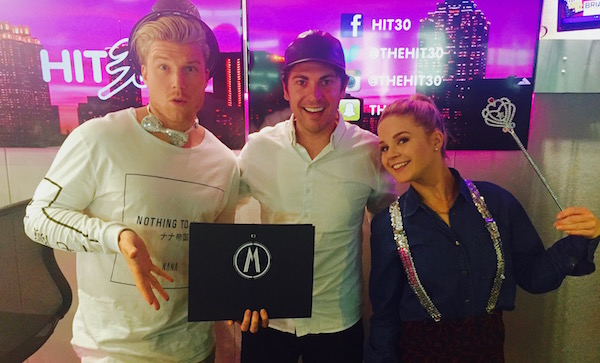 I was challenged by 2dayfm in Australia, to create a special magic trick that would fool David Copperfield.  I had less than 24 hours to come up with the magic and I had to teach this trick to Hit30 host Angus O’Loughlin in around ten minutes on radio !  Angus will travel to Vegas this week and perform this very trick to David Copperfield back stage in his theatre with the intention of fooling the hell out of him.

LISTEN TO THE RADIO EPISODE HERE:

Angus rehearsing the Mada trick – getting ready for the king.

With the much anticipated trip to Vegas only a few sleeps away, Mr Angus O’Loughlin has been secretly practicing his magic..

All in a bid to impress the one and only King of Magic, David Copperfield, when he interviews him after one of his incredible magic shows!

We thought it would be a good idea to help him out so we brought in professional magician Adam Mada to teach him the ways of magic!

The trick Adam performed had everyone in shock and disbelief as to how he figured out what card Angus had chosen!