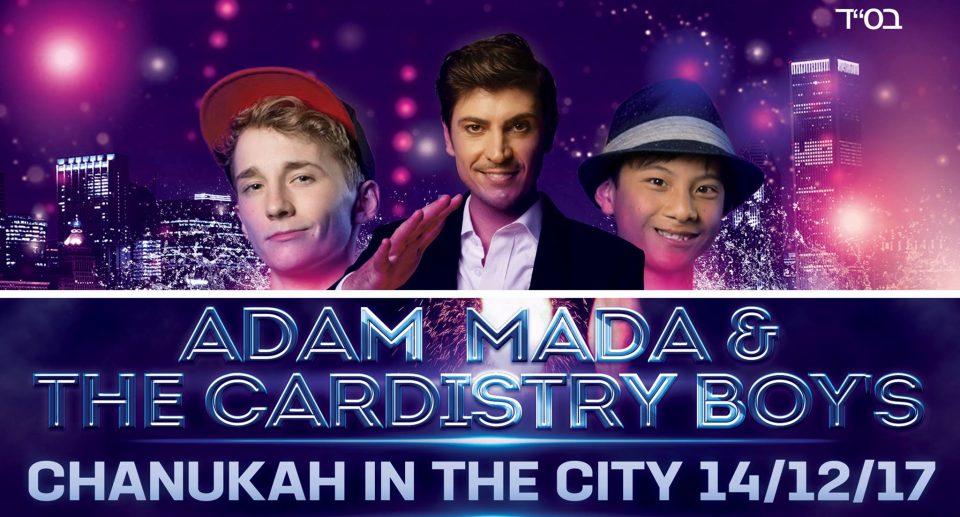 We’ll be performing an interactive magic show as the main event for Chanukah with our favourite bits direct from our tour of India.

Mada and Cardistry delight in reigniting the lost magic tradition of master and apprentice in this fresh funny and fast paced production with a gentle nod to the golden era of grand illusionism.

An evening of Australian magic and mayhem guaranteed to impress, excite and entertain!